I’ve had a lot going on in my life lately. I won’t bore you with the details, but I’ve said “Yes” to quite a few projects that have demanded a lot of time and energy lately. And there’s more projects looming on the horizon, so the end is not yet in sight.

One of the latest things I’ve said “Yes” to lately, was to spend seven hours a couple of Saturdays ago to promote our monthly stamping and card-making class in our church’s booth at the Delta Apple Dumpling Festival.

I had mixed feelings about it because I kept thinking…   What if I run out of supplies that day?  What if dozens of people show up for my class and I’m not prepared?  What if it rains?  What if it’s too hot?  What if nobody comes to our booth?  What if…? What if…?  WHAT IF..!?!?

Well… as it turns out, the weather was great, and the day went fine. Lots of kids (yes, KIDS) came and did the little Make-And-Take stamping project I had planned, while their moms stood behind them watching. So, while the kids were happily stamping, I told their mom about the class and gave her an informational handout about it.

While I was stamping with the kids, our Prayer Ministry Team was sharing with people about Delta Church of Christ, was entertaining other kids with a couple of fun games, and was taking prayer requests. They also had some small business-card-sized inspirational handouts to give away. I saw one that I just had to keep – partly as a reminder of the day, and as a reminder of what our incredibly simple obligation is as a Christian and follower of Jesus.

It said “Don’t give God instructions, just show up for duty.”

The stamping “Make-And-Take” that I’d planned and worked so hard on didn’t go the way I thought it would; but it went the way God wanted it to. I showed up for duty and did my best to sow some seeds.

I’m praying.  I’m trusting.  And I’m leaving the harvest up to Him. 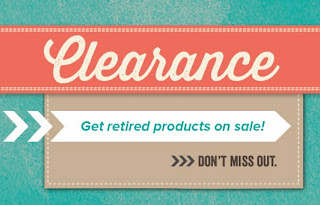 Great stamping stuff at up to 60% off!